Our #arts4care journey was well and truly underway!!! After all the groups hard work on the art work with CBLOXX and GX2, their minds would now focus on making their very own film with Inspired Youth. The film would be broken down into 3 segments including interviews with the young people, spoken word poems, and drama scenes they had written. 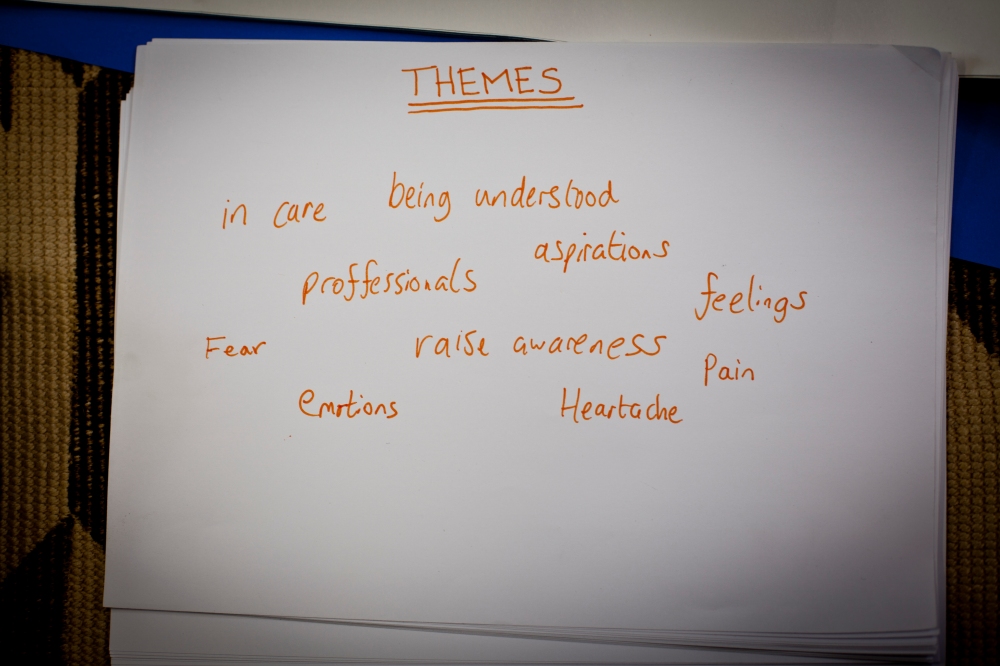 Today we started work on some writing with KRITIKAL, who had come to bring his writing skills as an artist to help the young people write their own pieces which they would record for the film. First we explored themes for the writing then together the group thought of words that ryhmed out on some paper which they could use in their poems.

The writing session was fantastic and the group all worked well with KRITIKAL. Using the skills KRITIKAL shared with the group they wrote some pretty moving poems which were really powerful. You can read them here (soon).

Next the young people spoke their poems out loud to the group and everyone clapped and encouraged each other. KRITIKAL worked with the group to record the poems and they took turns being boom operator!

Finally the group went to the park to find some reflective spaces that could visualise their poetry. Everyone was really committed and focused to the task. Below are some screen shots from filming. Keep watching the blog for updates #aspire2more